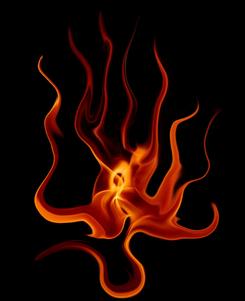 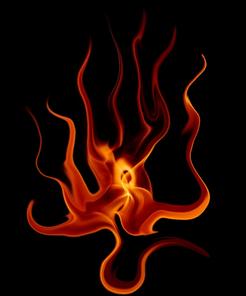 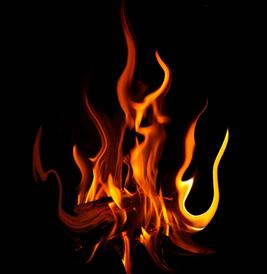 The Seventh Prophet was younger than the others who had come and there was a glowing light from his eyes. He said that there would come a time when the waters had been so poisoned that the animals and plants that lived there would fall sick and begin to die. Much of the forests and prairies would be gone so the air would begin to lose the power of life. The way of the mind brought to the red, black, and yellow nation by the white nation would bring danger to the whole earth.

In this time there will arise Osh-ki-bi-ma-di-zeeg, a new people who will emerge from the clouds of illusion. They will retrace their steps to find the treasures that had been left by the trail. The stories that had been lost will be returned to them. They will remember the Original Instructions and find strength in the way of the circle. Their search will take them to the elders and the new people will ask for guidance.

​If the New People will find trust in the way of all things in the circle, they will no longer need the selfish voice of the ego and they can begin to trust their inner voice. Wisdom will be once again be found in dreams of the night and of the day. The sacred fire will once again be lit.

The Light-skinned People will be given a choice between two paths. If they choose the right path the Seventh Fire will light the Eighth Fire and final fire of brotherhood and sisterhood. If they choose the wrong path, remaining on the path of the mind, then the destruction they brought with them will come back to destroy them. The people of the earth will experience much suffering and death.

The Sixth Prophet told them that in the time of Sixth Fire it would be clear that the promise accepted during the Fifth Fire was false. "Those who were deceived by this promise will take their children away from the teachings of the elders. The elders will lose their purpose in life and many will become sick and die. Many people will be out of balance and the cup of life will become the cup of grief."

The Fifth Prophet said that in the time of the Fifth Fire there will be a struggle between the way of the mind of the light-skinned people and the natural path of spirit of the many nations of natural people. "As this fire loses its heat there will come among the people those who promise great joy and salvation. If the people accept this promise and abandon the old ways, the struggle will continue for many generations. This promise is false and it will nearly destroy those who accept it."

The Third Prophet said that in the Third Fire the Anishinabe would find the path to the lands prepared for them and they would continue their journey west to the place where food grows upon the water.

The Second Prophet told them they could recognize the Second Fire because while they were camped by a sweet water sea they would lose their direction and that the dreams of a little boy would point the way back to the true path, the stepping stones to their future.

Seven prophets appeared to the people. The First Prophet told the people that in the time of the First Fire they would leave their homes by the sea and follow the sign of the megis. They were to journey west into strange lands in search of a island in the shape of a turtle. This island will be linked to the purification of the earth. Such an island was to be found at the beginning and at the end of their journey. Along the way they would find a river connecting two large sweet water seas. This river would be narrow and deep as though a knife had cut through the land. They would stop seven times to create villages but they would know that their journey was complete when they found food growing on the water. If they did not leave, there would be much suffering and they would be destroyed. And they would be pursued and attacked by other nations along the way so they must be strong and ready to defend themselves.

Teachings of the Seven Prophets:

about the environment, indigenous peoples and child rights.

Many Nations ~ Many Songs 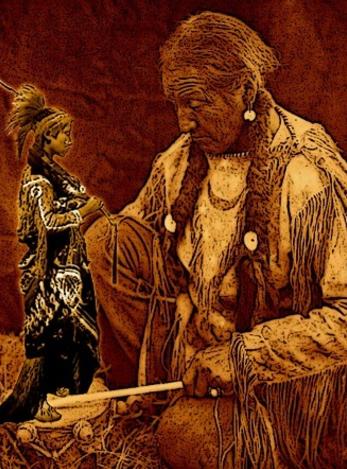 (Hearken to my words - because - they are ancient prophecies).

Services
The Medicine Wheel
About
Home

For further information go to Peter's website for Spirit - The Seventh Fire: http://www.spirit7thfire.com/